The spirit of the true sportsmanship. – Tonj

The spirit of true sportsmanship. – Tonj

July is the month of Tonj Inter-School Sports Competition. Our school team of St. Bakhita High School participated in three events: men's football, women's football, and women's volleyball. Although the Dinka tribe in South Sudan is the world's tallest tribe on the planet who should be great basketball players by nature, there is hardly anyone playing basketball here as there is no public basketball court in Tonj, even our school can't afford to build one due to the high cost of cement.

Thanks to God that football can be played anywhere, on the finest grass or in the dirtiest mud. Football is truly a sport that belongs to everyone. No wonder it is popular in every corner of the world, including South Sudan. People in Tonj are all big football fans. Whenever there is a football match, the whole town of Tonj, be it young or old, men or women will pour into Freedom Square to support their favorite team. Football probably connects the hearts of South Sudanese to the world, more than the United Nation.

The most attention-grabbing events in the Inter-School Sports Competition must be football matches. To boost the morale of our school football team, I immediately distributed the beautiful soccer team uniforms and soccer shoes donated by Hong Kong donors to our boy and girl players. Our girls who are used to play football barefooted were so excited to put on real soccer shoes for the first time in their life. However, only shortly after the game started, they began to take off their shoes and socks to give the game their real hard kicks.  Although they lost the game at the end, they played well with true sportsmanship. The whole town knew that the opponent team cheated and bribed the organizer to allow players who were not real students

to play the game. Our girls however still played with a fighting spirit, and truly deserve our praises.

Next came the men's football, which was even more intense. In the first 30 minutes of the first match, one of our key players, Abraham, was kicked in the chest and needed to be taken to the hospital immediately. Our team leader, Bill, who was also the key defensive player, complained to the referee about the serious injury and got red-carded for it. Although our team was eligible to play the next game which ended in a tied score, it would be tough for us without two key players. To my surprise, the organization suggested openly that we can pay to let Bill play the next game! Our local teachers told us this is their usual tactic - give red cards to drive you off the field, then take bribes to get you back to the field. Thanks to all our teachers and students who insisted we play a clean game with the true spirit of sportsmanship. Although we did not win the championship, our boys managed to enter the final even with two key players down.  The whole town including the organizer was amazed and appreciated our Bakhita spirit.

I pray that this true spirit of sportsmanship demonstrated by our students in the game may set a good example, inspire more young people, and in turn change the bad practice of cheating and bribery in this young country.

St Bakhita, pray for us. 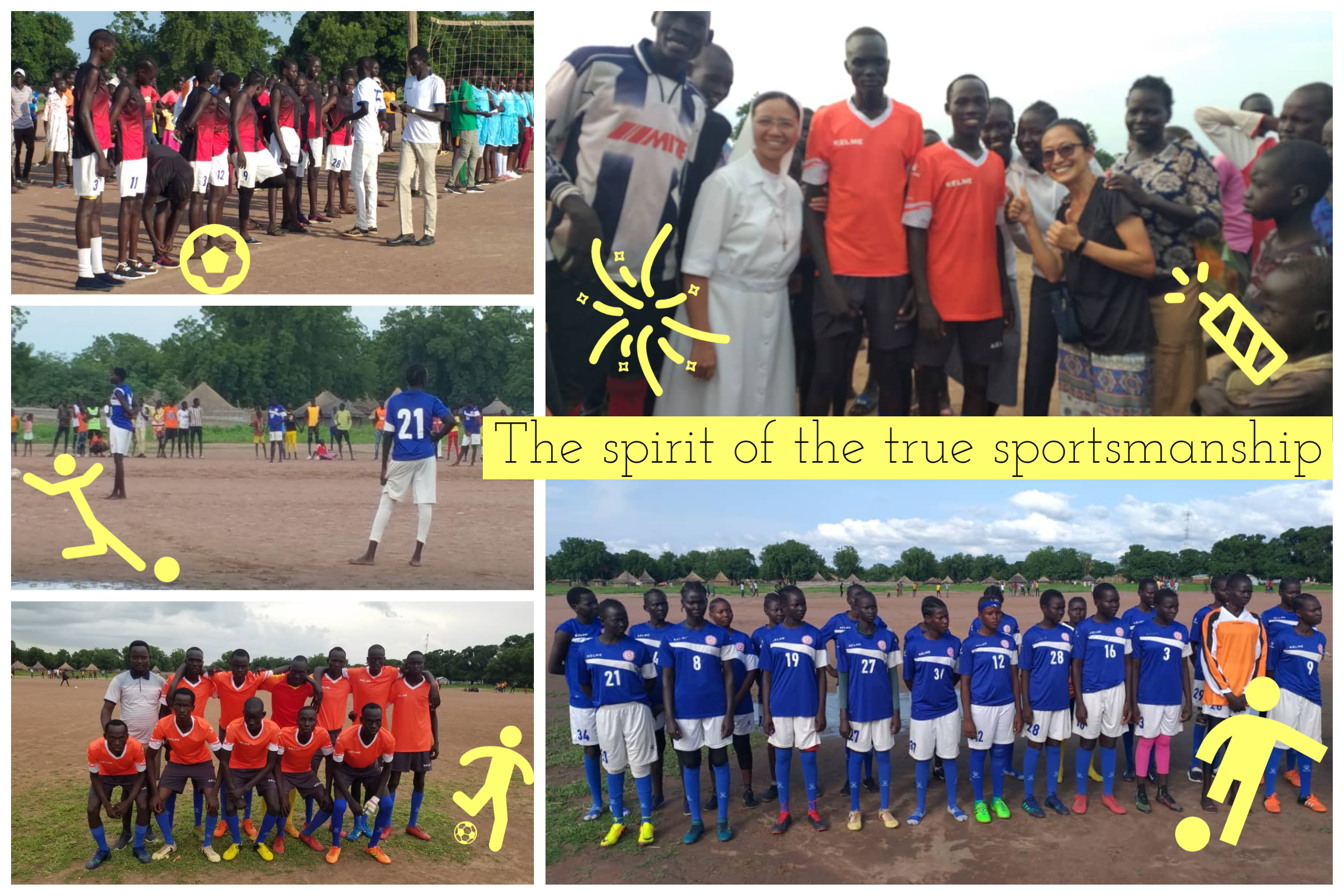 « I Missed You More Than Words Could Ever Say, Mum!
I am not saying ‘goodbye’, but ‘see you soon’. -Dilla »
List