The question of vocation has always been one of the primary concerns of most sisters in the Pre-Province. At the beginning of the month of June, the sisters who attended the second retreat had two days of formation reflecting on how we can better accompany the young people to discover and respond to God’s call.

In this month of September, from the 7th to the 10th, sisters representing different communities in Ethiopia under the guidance of Sr. Ruth del Pilar, the provincial of AES, met in Zway community to plan formation program for the catholic girls who come to some of our communities to study and also those girls who feel called and want to know more about us as they discern their vocation.

We started the meeting at 2.30 P.M. and Sr. Scholastica helped us to deepen the topic of 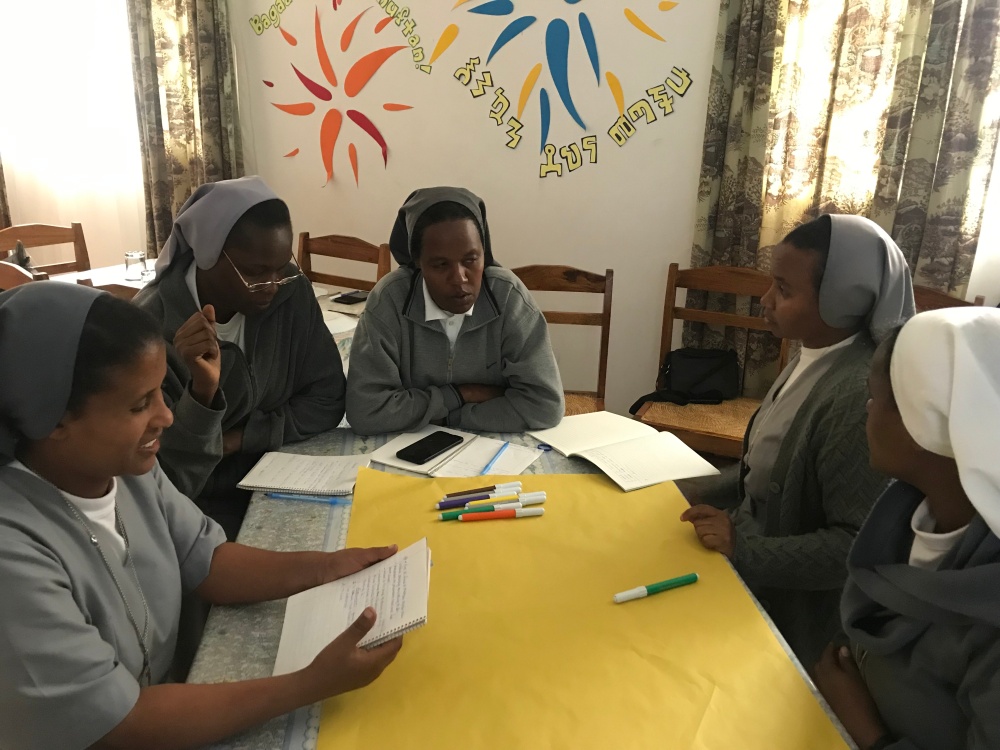 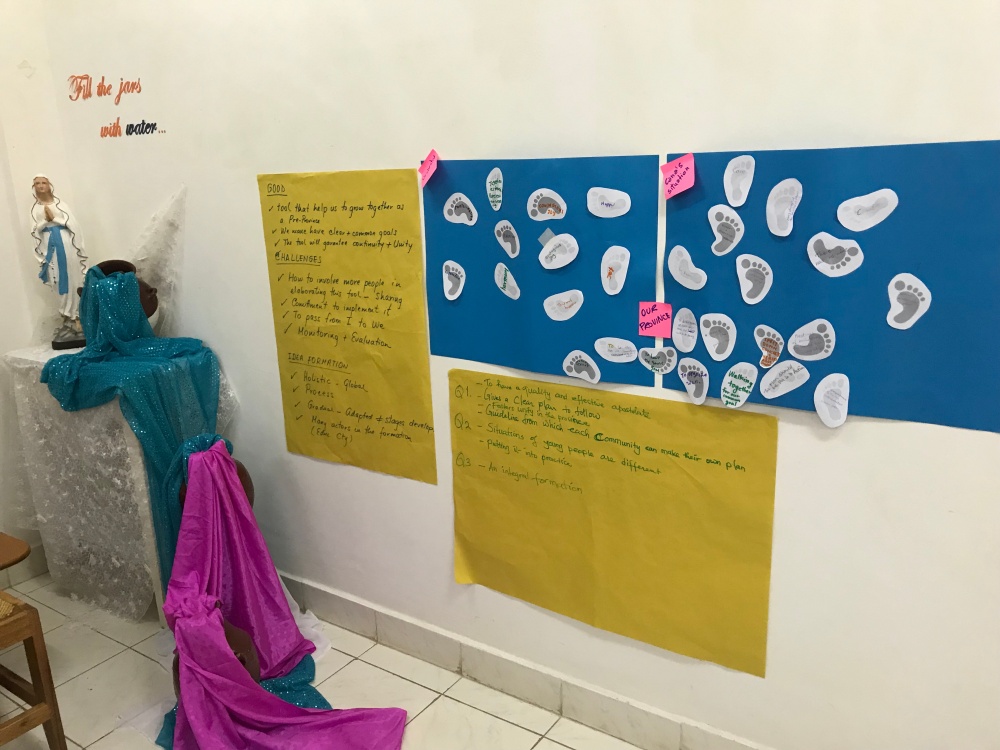 Developmental Psychology so that,

in the process of accompanying young people, we will understand why they behave in this or that way. She also shared with us some challenges that she faces as she accompanies the girls entrusted to her and the group tried to explain some of these challenges relating it to the culture of the place.

While discussing vocations in the Pre-Province, many sisters expressed their great desire to begin to work harder since we have not been doing much in this area. Sisters felt the need to give priority to Vocation Pastoral. There is a strong belief that if we work harder, we can get vocations. There are many congregations in Ethiopia who have many vocations and when they are asked, they clearly say that they move a lot in order to reach out to girls in various parishes.

We dedicated the last two days for a pastoral animation program. Sr. Paola helped the group to reflect on the pastoral programs carried out in the various communities; we realized that we are doing lots of good but we don’t have a unified program.

Perhaps that is why our lay collaborators expressed that there is no continuity in our apostolate because each sister comes and does what she thinks is best and when there is a transfer the new sister comes and starts afresh instead of entering into an existing program. Sr. Paola also helped us to see clearly how vocations are linked to our pastoral program; the young people who come to join us are the fruit of our pastoral work. At the end, we divided the group into two: one group laid down the guidelines for the pastoral and formation program and the second group prepared the pastoral itinerary based on the strenna of this year.

The sisters were very happy for the time they spent reflecting and planning together on how we should better carry out our apostolate in this country. Many sisters expressed that it would be good if this meeting was held annually.

This site uses Akismet to reduce spam. Learn how your comment data is processed.